Which is the best choice between Nitro and Electric RC Cars?

Structure and operation of Electric and Nitro RC cars

The chassis is the part used to support the interior of the remote control car and will usually be made of hard plastic or light metal. Typically, the battery-powered electric RC car will use plastic, which reduces the vehicle’s weight and brings high efficiency. On the other hand, a fuel-powered Nitro car will be made of a light metal such as aluminum because of its efficient heat-reducing properties. 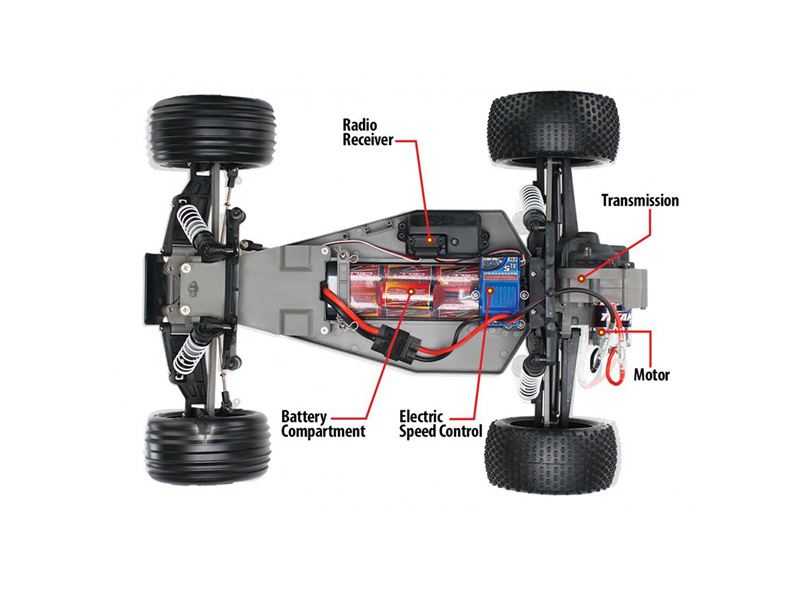 For Nitro-driven vehicles that will use methanol-based fuel containing nitromethane to refuel the explosive engine, this engine is operated equivalent to a gasoline-powered engine, which is common in cars and trucks. In addition, the nitro engine can be adjusted to different temperatures by adjusting the air conditioner using the process of tilting or filtering, in other words increasing or decreasing the amount of fuel in the air.

Electric RC cars will use batteries as the power source, of which the two most commonly known and used types are brushed and brushless.

Brushed electric motors are widely used and suitable for beginners; these vehicles are usually relatively cheap and straightforward.

There will be two types of brushed motors for people to choose from, which are fixed as well as non-fixed versions of brushed engines. For the fixed version, it will not be flexible to adjust and modify. On the other hand, the non-fixed motor can be adjusted to a certain extent to clean debris or dust accumulation in use.

Moreover, brushless motors use a higher voltage than brush motors, which allows the driver to use high speeds from the start. Most of today’s speed control cars are controlled by brushless motors.

For the RC car to move, it is necessary to have a transmission system of one device’s gears, wheels, and shafts. Like the chassis, the drive system also has two types of metal and plastic.

Due to their strong performance and higher torque output, metal drivetrains are pretty prevalent for RC Nitro cars. Otherwise, we can still find Nitro RC cars using this system. Drivetrains are made of plastic, but they are often less durable.

Apart from the RC Nitro, most parts will be made of plastic in the electric RC car. Sometimes, we can see metal and plastic parts, and the metal part is usually geared. However, for the drivetrains to be complete, they must be made of metal.

Pros and cons of electric RC cars and Nitro

The outstanding advantage of Nitro cars is that the operating time will be longer than those of electric motors, and the refueling is extremely simple. Furthermore, the movement speed is fast and creates a lively and realistic sound. However, the Nitro RC car still has some limitations; for instance, when traveling at high speed, it often makes noise or radiates out into the surrounding environment, and the maintenance of the Nitro car is also more complicated than that of the electric engines. For Nitro vehicles, we need to clean the fuel tank and air filter, which requires some expertise to do correctly.

Unlike the Nitro RC car, the electric RC car is easy to use and maintain, is especially suitable for beginners, and does not make any noise. The electric RC car also has water resistance, which keeps you going on any terrain, thanks to the graphite brush motor and water vents. In addition to the benefits of electric vehicles, there are still some limitations, such as short usage time and high dependence on the type of battery used, which is also considered the biggest drawback of electric vehicles. Besides, the charging cycle often takes a long time, resulting in the affected movement speed.

In short, both electric and Nitro RC cars have their advantages and disadvantages, so the choice of which model will depend on the needs and purposes of the user. If you are looking for an RC for beginners to use, electric cars will be the right choice for you; they will help you have exciting experiences. On the contrary, Nitro cars will help you learn and know more things about the engine and the maintenance that will increase the fun.

Reach out to us for a consultation.

We are a participant in the Amazon Services LLC Associates Program, an affiliate advertising program designed to provide a means for us to earn fees by linking to Amazon.com and affiliated sites.